Now that I have your attention, I know we probably all have a favourite recipe for this mine is in the Devil of a Cookbook & it has cinnamon in it too.

Anyway I had my 2 friends come over for a cooking session, we called it “desserts for lunch” 🙂 1 of my friends has the older model Thermomix (TM31) & the other friend doesn’t have a Thermomix (yes it is rare for me to have friends that don’t own one!) They brought over every type of cream you can imagine – thick cream, runny cream, double cream & ice-cream!!

My friends didn’t want to do the cinnamon bit, so we left that out. Anyway we were chatting & snacking on cream cheese herb & garlic dip & then realised the sauce ingredients had been mixed in with the pudding ingredients – epic fail!! Lucky we hadn’t added the pudding sugar yet. We decided to proceed with the recipe making another sauce so this is the result a sweeter & even more richly chocolate pudding that sent us into a food coma. Another friend dropped in the next day & ended up having some for “morning tea” I think it may be safe to say you will always have friends if you make chocolate pudding! 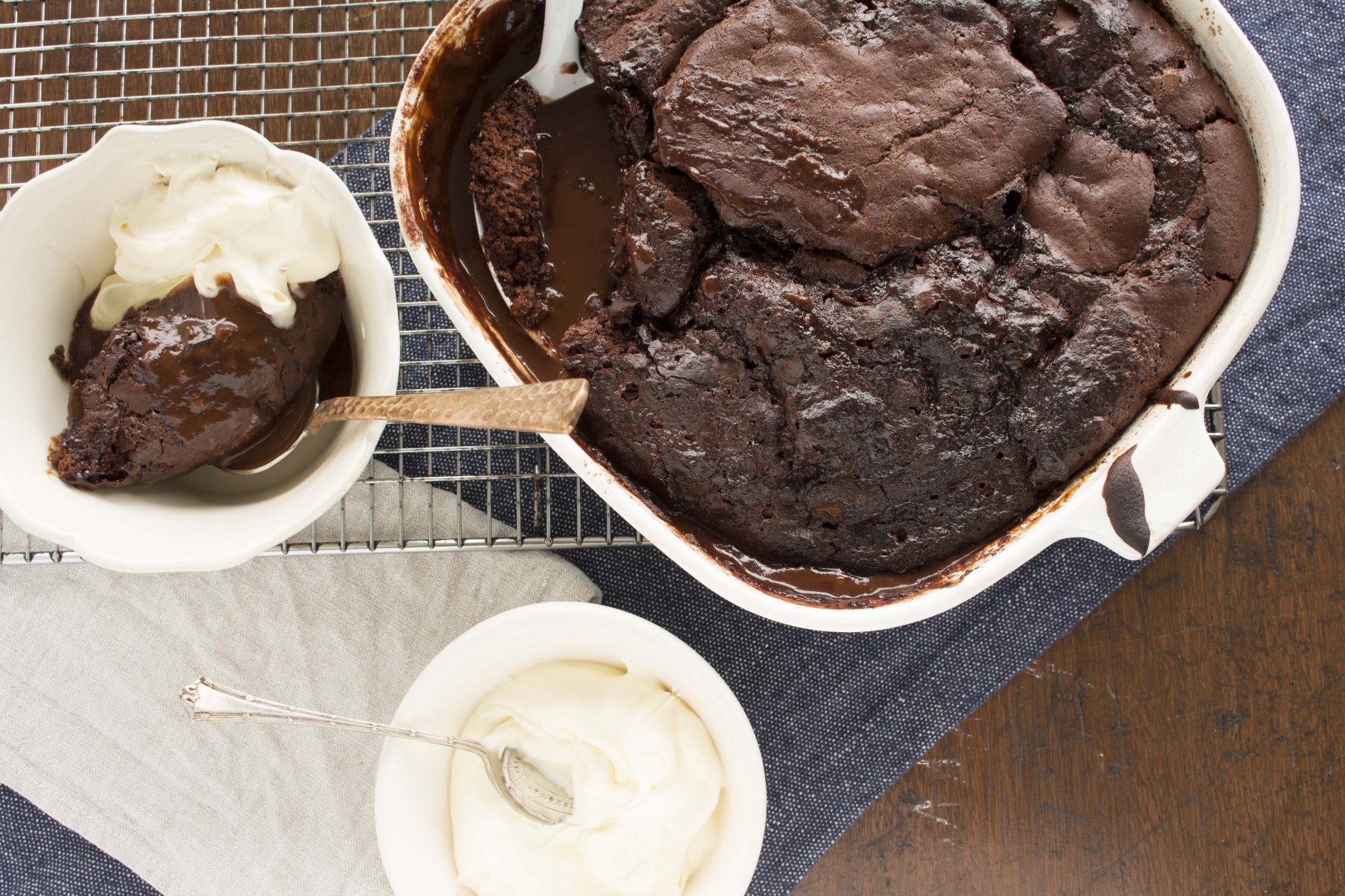 Happy Christmas everyone!! 🎄🎅 (This photo wa