Converting Recipes to the Thermomix 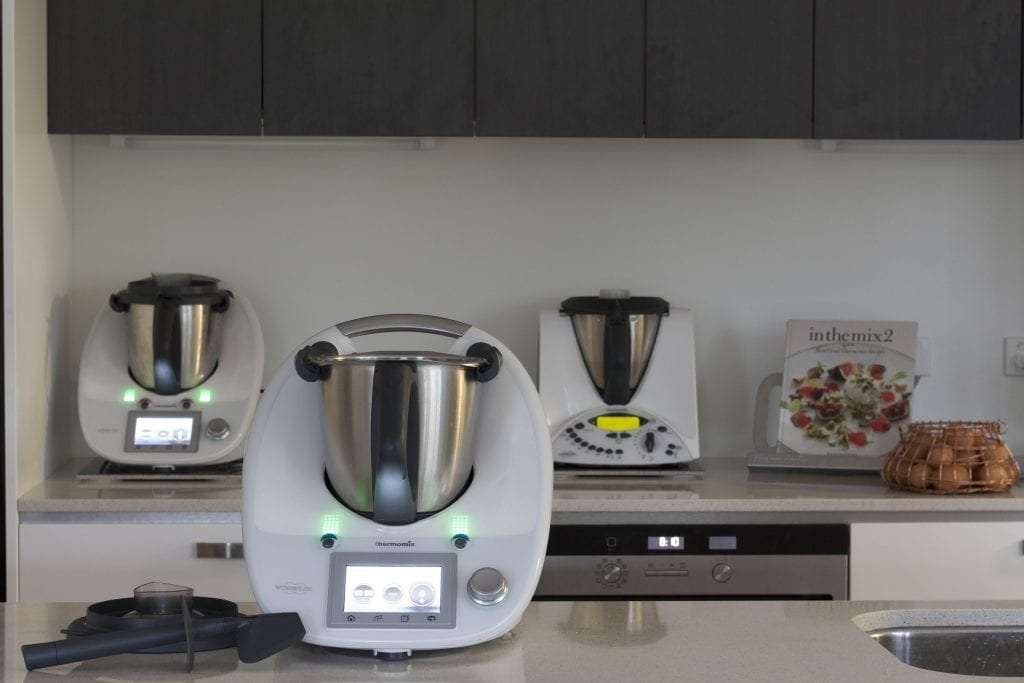 This is my kitchen – I think it is the kitchen of the future – I cook almost everything with the Thermomix – I have no built in cooktop! Above where the TM31 is sitting is my pull out range hood. I have an induction plug in cooktop if I need to use it saving so much space in my kitchen 🙂

This is a question we get asked a lot being a Thermomix consultant – “Can I still make my own favourite recipes using the Thermomix?” The answer is YES!!

The easiest way to convert a recipe is to find a similar recipe in the Thermomix book that came with your Thermomix & use that as a guide putting in your own ingredients. This is made even easier with the guided cooking function on the Thermomix Model 5 or TM6.

There is a lot of useful information about converting recipes in the first few pages of your “The Basic Cookbook” that came with your Thermomix Model 5 or TM6.

Doubling or halving a recipe: Adjust time by 20% more or less. (You must remember never to go above the max line in the bowl or the simmering basket & I would not recommend doing a double batch of jam or chutney in case it bubbles over.)

Chopping onion or vegetables & herbs: What size to start with – the golden rule “If it can fit in the hole in can go in the bowl” Don’t try putting a whole pumpkin in please? Roughly chop pieces so they are about the size of the MC (measuring cup) before putting them into the bowl. What texture do you want? Speed 4 – 5 you are still in control & can have the texture of “roughly chopped” speed 7-10 is pureed this doesn’t matter for a soup that will be pulverised or a curry paste. Just chop for a couple of secs to start with, you can always chop it again if you need to. Listen to the sounds your Thermomix makes you can tell when something has finished chopping. 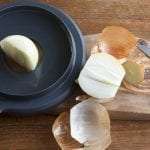 If it can fit in the hole it can go in the bowl! 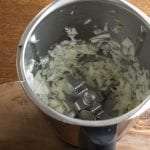 Roughly chopped on speed 5 for 2 secs 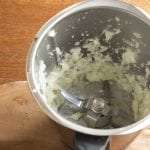 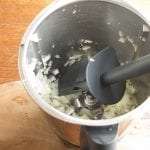 Always scrape down the sides of the bowl before sautéing 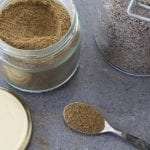 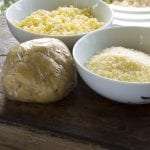 Chopping cheese: roughly chop into cubes- is it a hard cheese like a parmesan? It will need to go up to speed 10. Softer cheese can go to speed 5 otherwise you will have a puree’. Listen to the Thermomix but it will take about 5 secs for each of these cheeses.

Milling: Milling grains or or spices takes about 1 min on speed 10. It is best to have a min of 100g if you are trying to do a small amount at a time like 1 tsp you won’t have great results. If you are wanting to get a small amount into a cake mixture mill the whole spices with either some of the sugar or flour from the recipe & this will help to incorporate it.

Saute’: Always use 100 degrees or varoma temperature to produce enough heat to saute’ & you will need a min of 3 mins on a slow speed soft or speed 1 with reverse to saute’. To enhance flavours & if you have time saute’ for 5 – 10 mins. (an excellent tip we learnt from Nico Moretti) You may like to let some moisture out while cooking, to do this place the simmer basket on top of the lid instead of the MC.

*Cooking casseroles always have the blades in reverse on soft speed as too not break up the food too much. Also don’t chop your meat or chicken into too small a pieces, they can break up by being constantly stirred. (2 – 3cm size pieces are a good min). If you like to buy low fat mince some of the brands have been minced super fine so when they are stirred on reverse it can create a strange grainy texture. To avoid this after you have browned the meat transfer it into the simmering basket so it stays in the sauce but away from the blades.

Steaming: You always need a min of 500g water in the TM bowl & you always need to use the varoma temperature to produce enough heat for steaming. If you are in a rush you can use boiling water from the kettle. I also put the things that need more cooking like proteins or hard vegetables in the varoma dish & then veggies that need less cooking on the varoma tray. For recipes like the whole steamed chicken you do need to have 1 litre of water because you will be steaming for over 1 hour.

Mixing: cake or muffin batter 5 secs on speed 4 scrape down then do another time, you don’t want the speed to high or to do it for too long otherwise you risk your cake or muffins being tough or rubbery.

Look at the recipe you want to make & work out the best order to do things without having to wash the bowl between steps, so normally start with the dry ingredients & progress from there.

There are lots of tips and ideas to be shared about converting recipes to the Thermomix – this is my quick & easy basic guide & I will possibly update with some more ideas soon. The main thing to remember is to have a go – most recipes are actually made easier by using a thermomix, so give it a try & you will be pleasantly surprised. 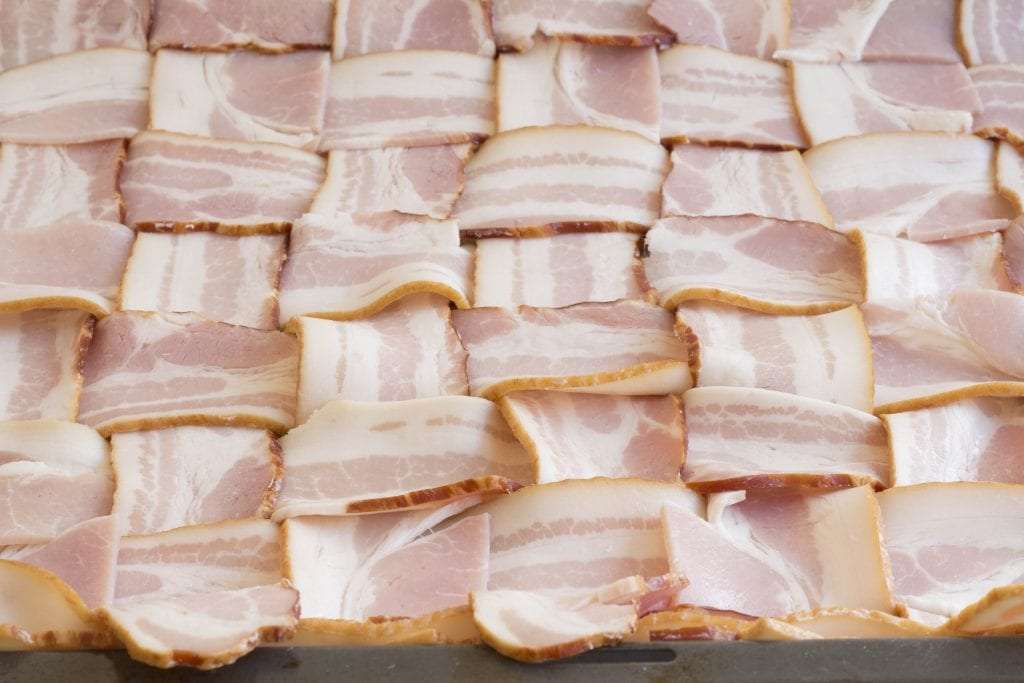 First you weave the bacon on a tray 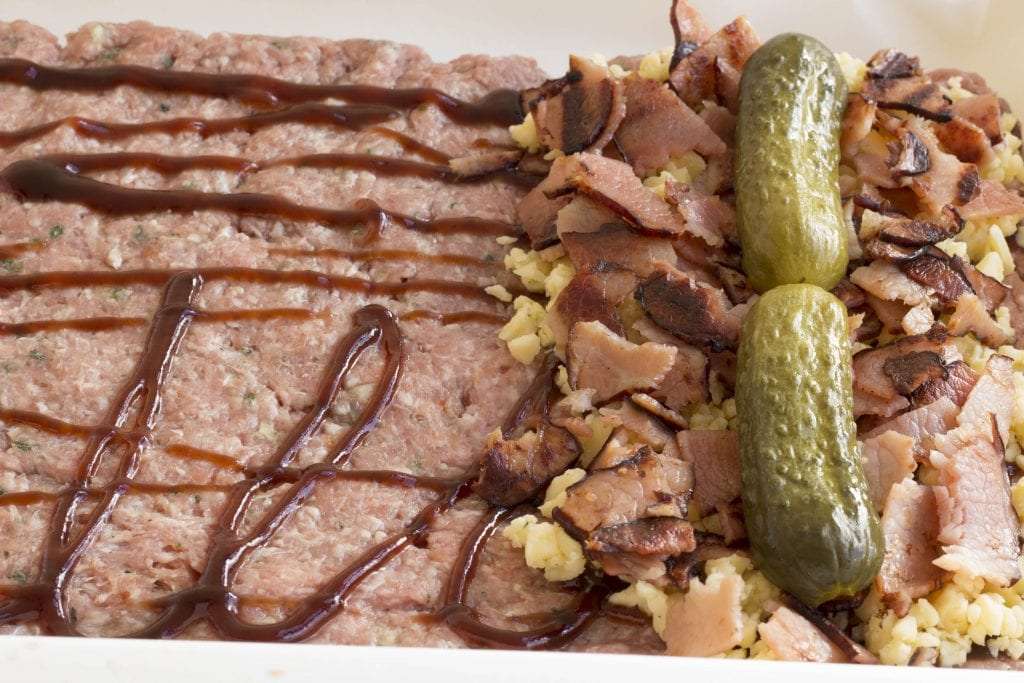 After mixing the mince meat in the Thermomix with the herbs you flatten it out on some baking paper & add your fillings. (we had to leave out the jalapenos & serve them on the side.) 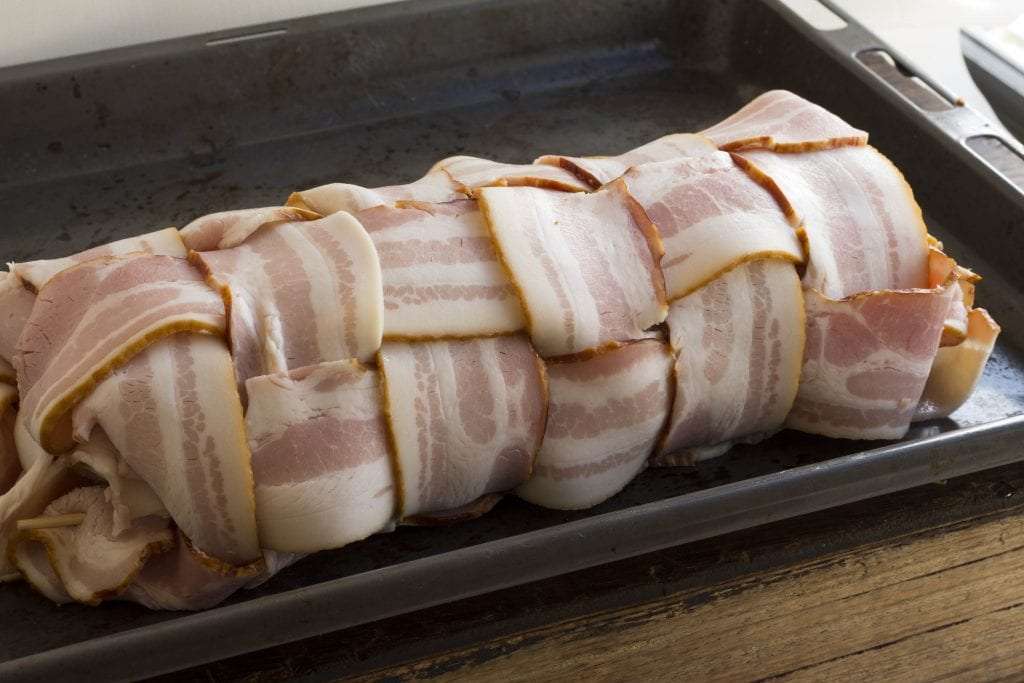 Then hold into place with bamboo skewers before cooking! 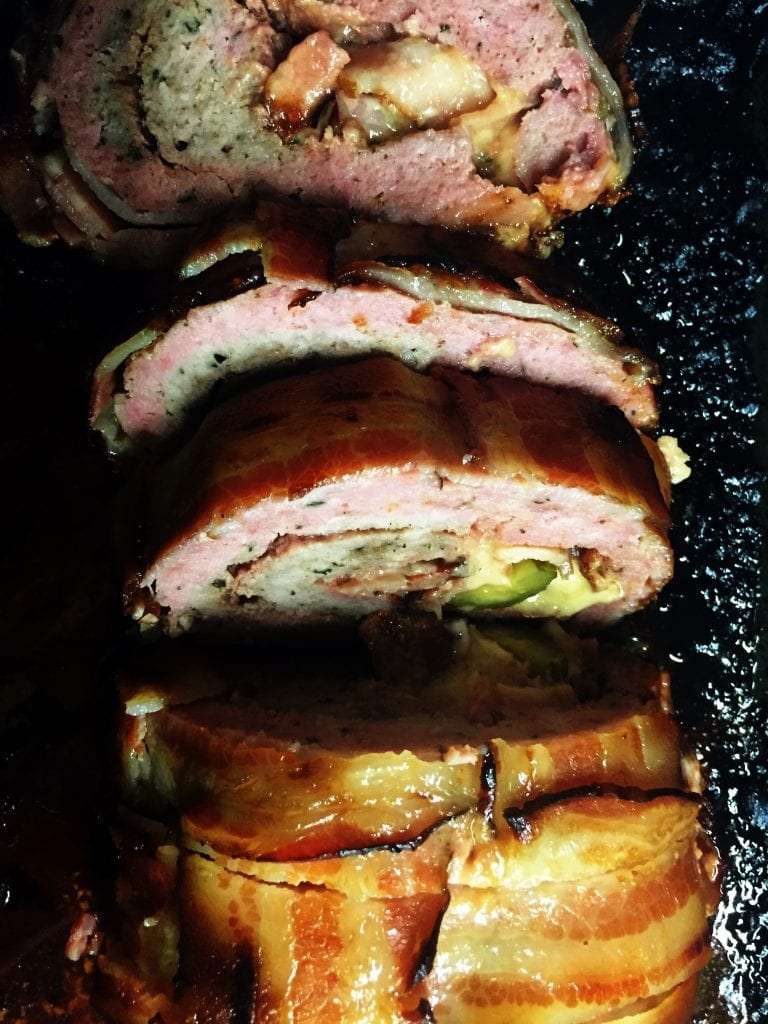 Kaboom – It was a huge success & went down a treat with the boys & their families!!