Last night we had a DIY Degustation Dinner for 8 guests – each couple was responsible for 2 courses and a cocktail.

I called my entree “The Sound of The Fat Duck”  – I had 4 boxes of “cereal” (flavoured like a full English breakfast) left over from the Fat Duck in Bray – so each couple were given a Fat Duck carry bag (also left over from my previous Fat Duck visits) that had the cereal & 2 squeaky ducks! (The sound of the Fat Duck )
I made macadamia milk to serve with the cereal too.
Inside each cereal box was a wooden puzzle that when completed was a little Fat Duck money box.
Thanks to my hubby’s trip to Kmart & my dry ice supplier – I created a Fat duck centrepiece with dry ice so when you poured the water in you had the drama of the cold smoke with the aromatherapy of wild orange to compliment the Heston meatfruit I made using Super Kitchen Machine (Thermomix) post recipe here.
I also made “quackers” duck shaped crackers (which had duck fat in them) to go with the chicken liver parfait (I had wanted to make it with duck livers but my butcher was waiting for their order still) Needeless to say my Thermomix’s have had a major workout the last few days!!
Each couple took home the other half of their meatfruit to enjoy at home. The chicken liver parfait has equal parts butter to chicken livers!! It was frozen into domes & once joined together dipped into the mandarin jelly!! Guess what I’m having for breakfast? 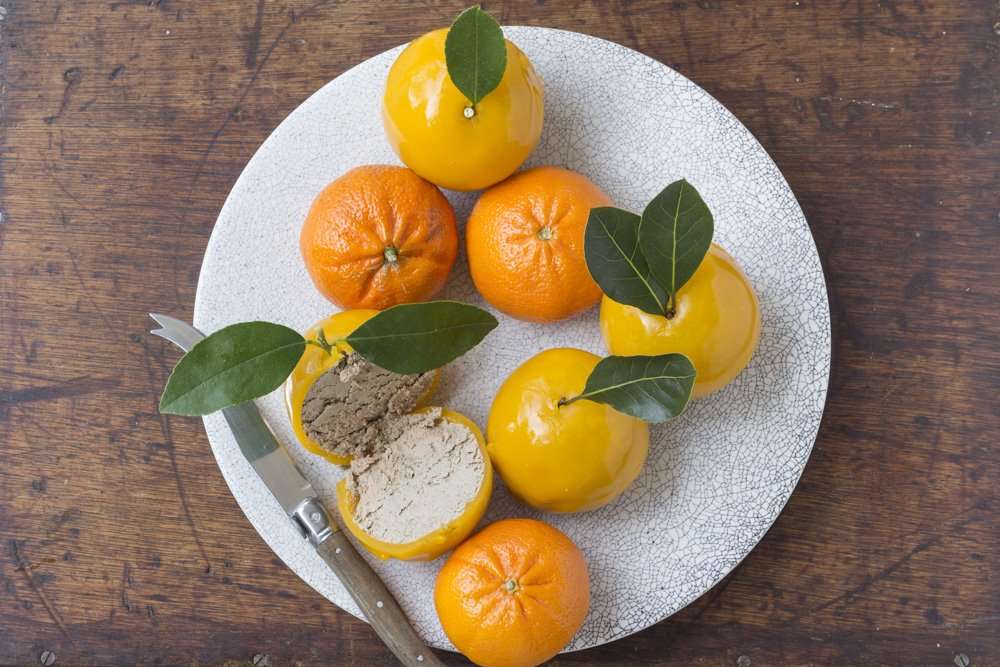 For my dessert dish I made the Peter Gilmore Recipe Snow Eggs but used my own flavours rhubarb from the garden with some fresh truffles in the ice cream. 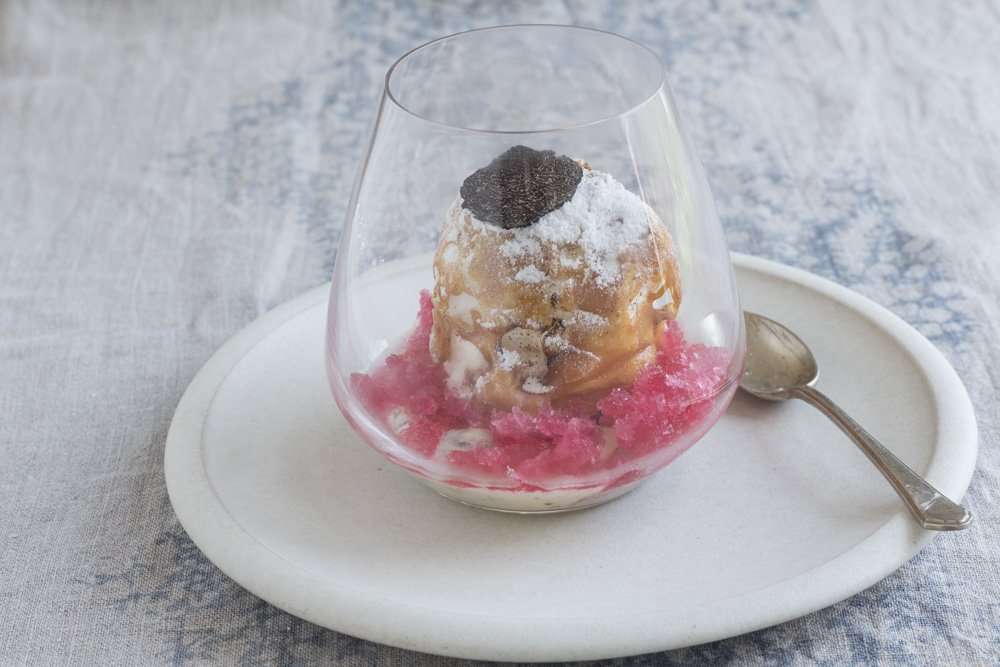 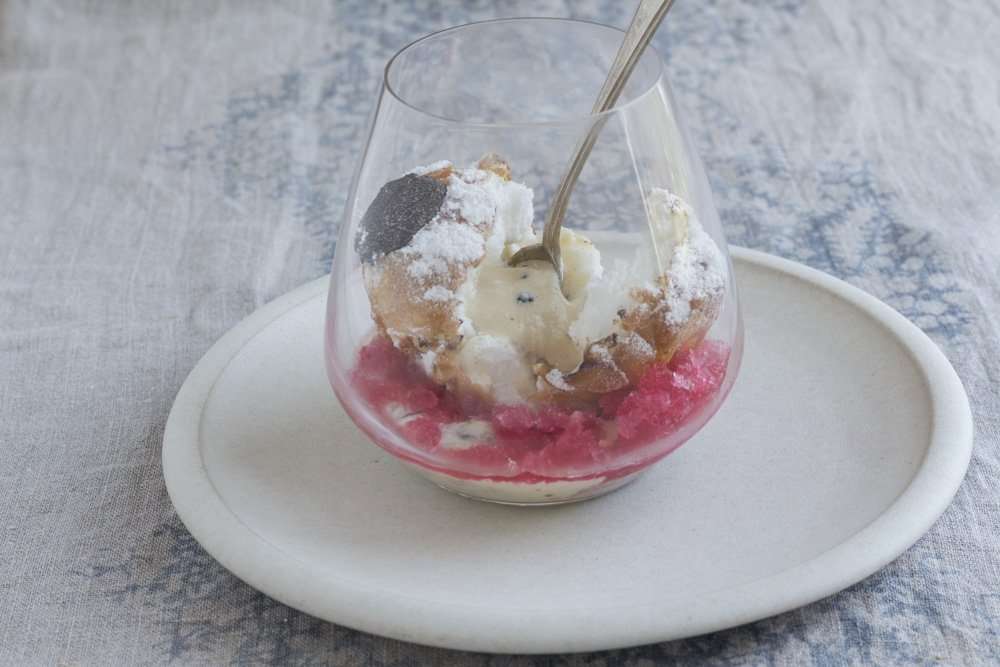